I’m proud and honored to be one of the many joining in the LGBTQ Push Back Charity Giveaway.

You might be wondering what the LGBTQ Push Back Charity Giveaway, so let me tell you.

It’s a way for us to give a something back to charities that give so much of their time, money and resources to help members of the LGBTQ community. I’m sure you have heard the story about the pizza parlor that received a million dollars in donations through GoFundMe for refusing to cater an LGBT wedding.

While these people are prepared to throw millions at a pizza parlor in support of their beliefs, they could be supporting those who truly need help. How much food could those millions dollars have bought? How many beds? How many winter coats, shoes, blankets? How much could have gone to help the homeless, those who identify as LGBTQ and others?

According to New Avenues for Youth, a local organization, nationally 40% of homeless youth identify as LGBTQ.

In a recent Family and Youth Services study of 656 youth in 11 cities they found:

I live in Portland, Oregon, where homelessness is a huge issue for youth, and in particular, homeless LGBTQ youth. To me, it seems like giving millions to organizations that help care for people seems like a better use of money.

The In the Kitchen Series, which I’ve co-written with the lovely Eileen Griffin focuses on the very important topic of youth homelessness and in particular LGBTQ youth homeless so we’re both very passionate about the subject.

Now on to more about Push Back!

AJ Rose has written a story to help us all gain a little perspective on this. Read the story HERE.

LGBT people make up less than 10% of the overall population, yet 40% of homeless kids in the U.S. identify as LGBTQ. Of them, 68% cited family rejection for the reason they were on the streets. Studies have repeatedly shown that homeless LGBT kids are more at risk of being attacked, robbed, and raped than their heterosexual counterparts, more likely to engage in prostitution or survival sex, more likely to turn to drugs or alcohol, and more likely to attempt or commit suicide. Despite this, less than 25% of homeless shelters cater for or specifically target LGBTQ kids, leaving them at the mercy of individual organizations who can pick and choose who they help and who they abandon on the streets. Laws such as Indiana’s SB 101 enshrine the legality of refusing service—including such basic assistance as food and shelter—to people specifically because they’re LGBT.

This isn’t about pizza. This is about creating a climate in which LGBTQ individuals feel isolated from and rejected by the rest of society. It’s about creating a climate in which parents feel justified for kicking their kids out on the street. It’s about cutting off any and all support networks which might otherwise be available to prevent kids from ending up on life’s scrapheap because of how they were born.

Want to read a happier ending?

Changing laws and attitudes takes time, and right now there are LGBTQ people in need who can’t afford to wait. The sooner we can help them, the better, and the more resources we have, the more help we can offer.

That’s why Eileen Griffin and I, along with 222 other authors, review bloggers, and publishers have got together to offer something wonderful: a reward for people who do a little bit to give back to charity. Instead of spending $5 on a book in the next two weeks, give that $5 to an LGBTQ charity of your choice, tell us about it in the comments, and go into the draw to win a book from one of our participating donors. And because it’s not all about money, if you can’t make a donation then please take a moment to share a charity’s links and tell us about that instead.

Three fundraisers have been set up to counter the hateful effects of Indiana’s SB 101. #Pizza4Equality is aiming to match the money raised by *that* pizza parlor, with all donations going to Cyndi Lauper’s True Colors Fund. Another fundraiser is aiming to raise $100,000 for Indiana Youth Group. Finally, Planting Peace is trying to raise $100,000 to provide beds for homeless LGBT people.

Please consider giving to one of these deserving fundraisers, or any other LGBTQ charity anywhere in the world. We’re not telling you where you should donate your time and money, only asking that you do. The smallest things can make the biggest difference, and together, we can do something incredible. 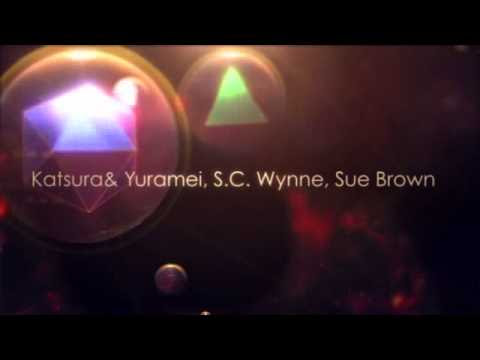 The Charity Giveaway will run from the 18th of April until the 1st of May. You will be contacted by your paired up author/giver. Remember to PLEASE check your spam. Due to the high volume of donations it can take a few days to hear. Please be patient. Thank you ALL for giving. Thank you to all the 224 Givers in this charity giveaway.

It feels good to push back!

To enter the drawing and help support this cause, check out Diverse Reader’s Blog HERE.

Thanks for helping out with this incredible cause!